Is there such a thing as an Alternative Chef Attitude? We think yes.

We’ve been cooking with, and tasting different alternatives for years. We’ve spent many hours (and dollars!) trying commercial products and making homemade alternatives.

Even when it did, it rarely looked like this. 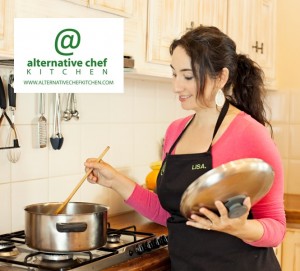 In fact, it usually looks a lot more like this: 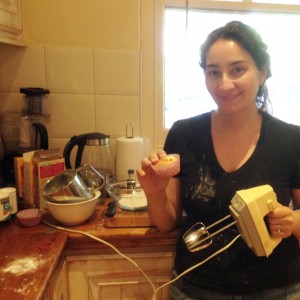 This was the result of my 24th attempt at making a white sponge for a future episode of the show (and my son’s birthday). (I should add my hubby and I also gained a couple of kilos so that the food from the 24 attempts which were “alright” but not “yeah I’ve got it!” didn’t go to waste;-)

There is a great quote by Stephen McCranie that says it all when it comes to alternative cooking:

My main piece of advice: If you’re willing to “give it a go” or “experiment” just don’t try that recipe  for the first time on the day of the special event;-) Sometimes you can hit the jackpot the first time, but in the beginning, there’s usually a bit of tweaking involved.

Next I discuss having the “right” equipment in your kitchen.

Until then, happy cooking!

By the way, I ended up creating a recipe for the “sponge that got away” and you can see it in our Free-from Trifle in our Kids Party Food recipe book.

And for some delicious free-from cake recipes, check out our Dessert Recipes book.