On the show, we like to keep a light-hearted vibe. We’ve gone to a lot of effort so you’ll finish watching an episode with a smile on your face, take away some new ideas you can put into action at the next meal, and get that warm fuzzy feeling of being included again.

But you might have noticed that we’ve got some disclaimers up. What is with that?

We’re also pretty  conscious about encouraging you to always check labels and to ensure your cooking area and equipment is appropriate for the person you are cooking for and to never assume  when you’re cooking for someone (if they have a serious allergy).

Because allergies aren’t a laughing matter.

If someone with a serious allergy has exposure to the allergen, in the most serious cases, they could die. From something that is so small that you can’t even see it!

It’s tricky enough to manage this as an adult, but caring for a child with allergies is even more challenging because they just don’t understand.

It’s tricky when you get invited to birthday parties with a 1 year old who can walk and pick up things but doesn’t understand which food is appropriate and which isn’t. It’s tricky when you go to parties and feel rude because you can’t eat the cake the host has made (and if you did your child might poo blood, come out in a body rash, or you’ll be left with pain and itching for a few days afterward until inflamed skin heals). It’s hard when kids are younger because you spend most of the party keeping an eye out for what your child is doing: are they drinking from someone else’s fruit box? Did they sneak a biscuit off the plate when you weren’t looking? Is that cream on their fingers?

We were lucky that our daughter’s allergy as an infant to dairy and soy wasn’t life threatening and she grew out of her allergy and our food issues now are mostly intolerances and are much more manageable. While we still avoid certain foods at home, it’s generally easier to live and cook around intolerances as traces of the food aren’t an issue, but  it also helps that everyone is older and understands.

Sadly, so many families don’t get that lucky break from the sensitivities. Like my sister with my niece’s Coeliac disease. Or Holly and Chris from Safe & Happy Family who’s son has anaphylaxis and reactions to many foods. From the outside, the Gardner family look like just a regular family, but if their son eats something he is allergic to or has the merest trace of something he is allergic to, their world could change in an instant. 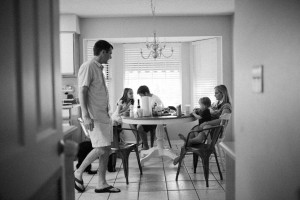 So when I saw these posts by Holly Gardner from Safe & Happy Family about her experiences with her son, I was moved to tears and I thought it would perfectly explain for someone who had no experience with serious allergies why there are so many “nut aware” policies at schools and disclaimers around the place. These two posts are reprinted with permission from Holly & Chris.

Allergic reactions can happen when you least expect them… 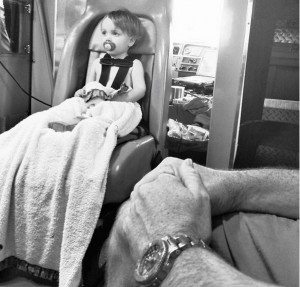 “After being out of town for a week, I was excited to be home with the kids. We spent the day at the Home Depot kids workshop and playing with the neighbors, but something happened when we came inside. He was eating a late lunch and then I thought he choked. He was acting strange and I never considered an allergic reaction until I did a double take and noticed hives. In less than 5 minutes he was in full anaphylaxis and his hives spread over his body like something out of a movie. Chris injected him while I called 911, then we grabbed extra Epi and waited by the road. The Epi worked like a charm and he’s stable- now we are just waiting in the ER for 4-6 hours. Food allergies are scary, but this is twice as scary because it happened in our home, which is supposed to be completely free of his allergens. We have no idea how this happened, and probably won’t ever figure it out. But he’s ok for now,”

Living with someone with a severe allergy… 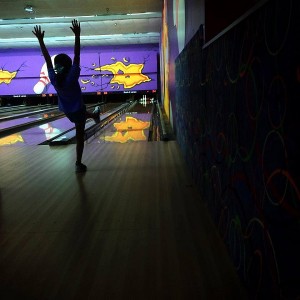 “Where has the summer gone? It has been consumed by sickness and travel and LIFE. It disappeared in a flash, and now my big girl is headed into second grade. So, today we pretended that we were the only people on the planet, and for just a few hours we escaped the anxiety she has been dealing with since her brother’s anaphylaxis. For us, that has been the hardest part- the emotions that have come with almost losing our baby and knowing that just a crumb or sip can kill him. To feel like our family is confined until he learns that if he puts the wrong thing in his mouth it means an instant ambulance ride. We try to tip-toe around our oldest and not tell her too much, but she can read between the lines. It’s the stuff nobody talks about. There are no labels to read for it or an action plan to help us discern the best course of action. Our solution is to drop everything and bind together and love one another as we have been loved. To take each day as it comes. To cuddle all night. Today, we bowled”
(By Holly Gardner)

This post is a tiny peek at what it’s like for these families with a young child with severe allergies. They’ve got some very specific needs that go beyond recipe alternatives to tastes and textures that they miss (although those things are important too).  Holly and Chris have  developed some fantastic tools for other families with young children with allergies. So, if you are cooking for someone with an allergy, or know someone with a young child with an allergy, you won’t want to miss the next interview in the “Businesses that create cool alternatives” series where we interview Holly and Chris from Safe & Happy Family and we show you some of the fantastic things they’ve developed.