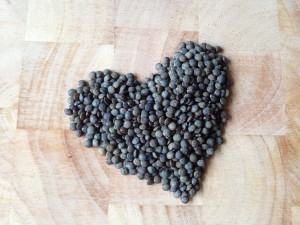 Nutrient deficiencies are serious, because they can lead to problems like anemia, osteoporosis, fatigue, low immunity, neurological problems and many more. When you eat a restricted diet, you have an increased risk for developing nutrient deficiencies and there could be a number of reasons for this:

So lets dive in…

Getting enough nutrients when you have a restricted diet

Generally it is accepted that the more foods that are eliminated from your diet, the greater your risk of developing a nutrient deficiency (like anemia for example). Nutrients include things like:

When you cut foods out of your diet – either because of a food intolerance or allergy, or because of a conscious lifestyle choice (like cutting out meat for example), you run the risk of developing a nutrient deficiency because food is made up of nutrients (that’s why we eat it!!). Some of these nutrients give us energy, and others help to make the building blocks and enzymes of our bodies so they work properly.

Some foods contain more nutrients than others, and different foods contain different kinds of nutrients. Meat for example is considered a good source of easily absorbed iron. So if you were to cut meat out of your diet, and not replace it with foods which are high in plant-based iron at the very least (which is a less easily absorbed form of iron) and foods which help you absorb that plant-based iron (like foods high in vitamin C for example), you could run the risk of developing an iron deficiency (especially if you’re a woman in your reproductive years).

It’s important to bear in mind though that people without restricted diets can also develop nutrient deficiencies. A lot of people don’t realise that although they might proudly boast that they don’t have any dietary restrictions, their overall daily and weekly food choices include the exact same “junk” or low nutrient foods. Or they’re including too much of one kind of food, which limits the intake of another. So just because you aren’t eating certain foods, it doesn’t mean you are going to become nutrient deficient, but if you’re not consciously making an effort to include a variety of foods, you can become  deficient in some important nutrients.

The exception here by the way is with vitamin B 12, if you aren’t eating animal products at all (meats, dairy or egg) then you will eventually become deficient in vitamin B12, and so you will need to get your vitamin B12 levels tested regularly with your GP and take a supplement for this).

So here are two easy things you can do starting with your next meal to help you minimise your chance of developing a nutrient deficiency:

So have a look at your diet. Do you eat the same foods each week? Do you skip meals because you’re too busy? Your body’s nutritional needs change at different stages of your life too, the other health conditions you have, and sometimes even your medication can affect what your body needs. So if you have a restricted diet and you haven’t yet, discuss your diet with your nutrition health care practitioner and doctor to make sure you’re getting the right nutrients for you and make an effort to eat widely from the foods you can eat and make sure you’re eating enough of them.