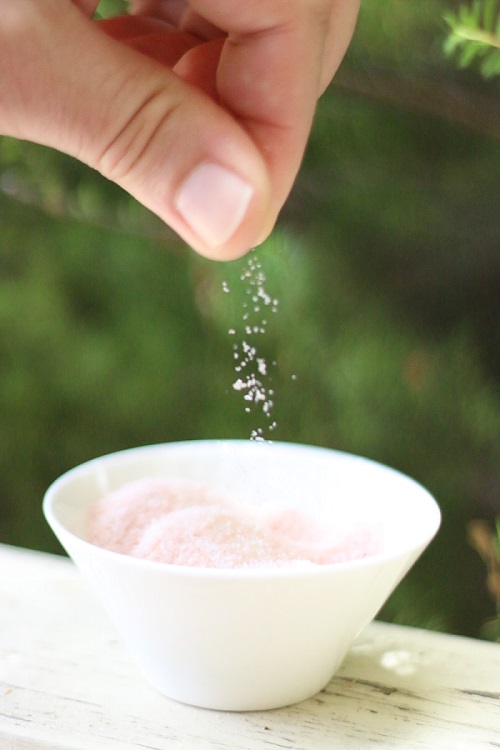 As one of the first food flavourings and food preserving methods, salt is one of those all-time kitchen staples for simply adding flavour.

If you’ve ever wondered why your food at home doesn’t taste quite like “restaurant food” then I’d like to tell you one of the reasons is salt. Generally speaking the chefs in a restaurant will add salt to a recipe at different points during the cooking, where the average non-chef at home might just sprinkle some on the cooked meal once it’s served. And so you’re getting less salt (generally) in your home cooked food. Generally your taste buds will adapt too and you’ll get used to less salty flavours and the other natural flavours in foods, but there are some recipes where that little salty zing helps to make it taste really yummy.

So lets get stuck into these simple substitutes.

This delicious fermented liquid adds a salty tang to savoury dishes. It’s great added in burgers, casseroles , drizzled over home made baked wedges and for dipping sushi. It’s not great if you’ve got problems with soy though.

Miso is another soy based salty substitute. It’s got a paste-like consistency, so it works well in recipes like burger mixes, or soups where it can be dissolved in water. There are a couple of different kinds out there, but they usually contain soy so if soy is a problem for you you could consider the next option.

While I prefer to cook with whole food ingredients at home where possible, some times a little alternative used sparingly can work well too. So I’ve included this category because there are a range of food sensitivities and for whatever reason, miso might not work for you (eg. I tend to get itchy if I have too much overt soy so I tend to avoid it). There are lots of different vege spreads on the market, some will be gluten free, some soy free, some not so you need to check the labels to see which is suitable for your diet and your tastebuds. But if you’re looking for a salty alternative with a paste-like consistency that tastes like miso but isn’t then this might be an option for you. I use a small dollop in veggie burgers and nut roasts in cooking.

Home made veggie stock, or commercial stock cubes are another great way to add a salty flavour to your recipe without adding extra salt. If I add a stock cube to a recipe I don’t add any extra salt ( because there is too much of a good thing and your arteries will thank you for abstaining). If you add liquid stock, you’ll get the added benefit of some extra flavour as well as some of the veggie goodness (especially if it’s a quality homemade stock).

This is one of my favourites, whether it is chopped and sprinkled on a pizza, blitzed through a tomato sauce or blitzed with garlic and oil to make a tepenade, sundried tomatoes are a great way to add a little saltiness to a recipe. They’ve also got some other added benefits in recipes. Eg, they add an extra “chewy” element to meat free burgers, and add a bit of colour to the recipe too. 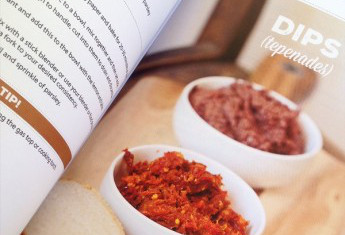 My personal favourite are kalamatta olives in brine. Generally you’ll get them in some kind of marinade, but I’ve also recently found dried olives too, and these like sundried tomato help add some additional texture, flavour and saltiness to a recipe. Like sundried tomato, they’re also really delicious blended up with some garlic and olive oil to make a tepenade.

These kinds of salts are usually available as a powder which makes them great for sprinkling or rubbing. Whilst the other options listed here can’t really be sprinkled.

There are all kinds of salts, in natural health circles Himalayan salt is touted for its extra minerals, a few years ago I tried to research just how much less sodium and more minerals Himalayan salt had compared to table salt. The outcome of that research – didn’t seem to be as much as the hype suggested (to me anyway) I tend to still use it sparingly, and I’ve put it in the “interested in further research” basket. Also, it’s worth mentioning that these kinds of salts aren’t fortified with iodine either, so if you’re diet is at risk of being low in iodine, then you should discuss your options with your qualified healthcare professional.